Multiple family members tested positive for the virus, said those close to the family.

As of Tuesday, 179 people have died of coronavirus in Colorado, according to the Colorado Department of Public Health and Environment.

Figi had suffered hundreds of grand mal seizures when her parents, exhausted of heavy-duty drugs, sought out the help of the southern Colorado-based Stanley Brothers, who eventually engineered the non-psychoactive CW Hemp in 2011.

The advent of the CW Hemp plant spurred hundreds of families to flock to Colorado, seeking alternative treatment for a variety of health issues, including seizures, shortly after Colorado legalized medical marijuana.

Figi was just three months old when she started having seizures from Dravet Syndrome. After taking oil from Charlotte’s Web, her seizures reduced to two to three per month.

A Figi family friend Tuesday posted publicly on Facebook, “Charlotte is no longer suffering. She is seizure-free forever.” 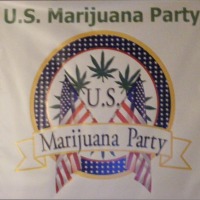