In a blow to the Fourth Amendment’s protection against unreasonable searches and seizures, the Supreme Court ruled on Monday that a police officer detaining someone under a mistaken reading of the law could cite having made a “reasonable mistake,” and thus avoid having the court disregard all evidence obtained under such circumstances, provided that a law was “‘so doubtful in construction’ that a reasonable judge could agree with the officer’s view.”

The ruling was made regarding Heien v. North Carolina, a case in which an officer pulled over a driver while under the mistaken belief that the latter’s driving with a single inoperable brake light constituted a violation of state law. After consenting to a vehicle search which revealed narcotics, the defendant, Nicholas Heien, sought to have the evidence suppressed by invoking the Exclusionary Rule, a component of the Fourth Amendment.

In an act which demonstrates a high level of political calculation, the Supreme Court seized upon a lower court’s ruling which found the police officer’s search to be illegal in order to overturn the decision. “The Fourth Amendment requires government officials to act reasonably, not perfectly, and gives those officials ‘fair leeway for enforcing the law,’” Chief Justice John G. Roberts stated in remarks supporting the majority’s opinion.

Expanding on the view of the majority, Justice Elena Kagan, an appointee of the Obama administration, stated “If the statute is genuinely ambiguous, such that overturning the officer’s judgment requires hard interpretive work, then the officer has made a reasonable mistake.” Kagan stressed that such circumstances would be “exceedingly rare.”

Rather than being confined to traffic stops, the Court’s decision can be reasonably interpreted to give police the right to detain and search individuals under practically any circumstances.

In the lone dissenting opinion, Justice Sonia Sotomayor raised fears that this sort of conclusion would be drawn from the decision. “[The decision] means further eroding the Fourth Amendment’s protection of civil liberties in a context where that protection has already been worn down,” she said, adding that the concept of the law being “definite and knowable sits at the foundation of our legal system…” and that if officers are given leeway in such cases it may work to undermine the legitimacy of the court.

Reflecting this position, an amicus brief filed by the American Civil Liberties Union (ACLU) noted that “The rule creates new and unjustified burdens on private citizens by sanctioning an expansive new category of traffic stops, together with the ‘physical and psychological intrusion’ such stops necessarily entail.” It added that the ruling ran the risk of “diminishing the public perception of law enforcement officials’ knowledge and authority.”

The court’s attack on the Fourth Amendment has been a continuous one. Other Supreme Court rulings of note have allowed for police to enter private residences without search warrants, citing “exigent circumstances” after the fact, as well as the proliferation and institutionalizing of “no-knock” raids, which involve militarily-armed SWAT team members forcing down doors on suspicions of illegal doing.

The decision occurs as mass protests have swept the country in recent weeks in opposition to police killings and the militarization of law enforcement and erosion of basic democratic rights.

In the aftermath of the August police killing of unarmed African American teenager Michael Brown in Missouri, protesters were confronted by police officers toting military-grade weapons and equipment and subjecting demonstrators to mass arrests for failing to obey arbitrary orders.

The decision to award police departments the power to detain drivers based upon what amounts to uninformed guesswork demonstrates the contempt that the US ruling class holds for the working population. Rather than reversing the process of police militarization and the undermining of fundamental democratic rights, the Democratic and Republican parties, the Obama Administration, and the Supreme Court all support the process in the name of “law and order.”

The Obama Administration, which sided with the Supreme Court’s decision, has been deeply involved in the process of militarization of police. In a review of the federal government’s programs which have been used to facilitate police militarization that was released early this month, the administration asserted that not only would such programs continue, but that they “have been valuable and have provided state and local law enforcement with needed assistance as they carry out their critical missions in helping to keep the American people safe.” 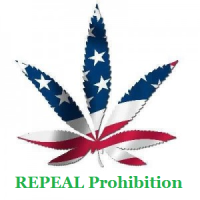 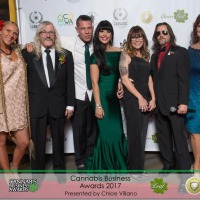 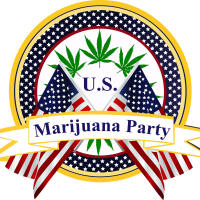